Technological evolution and the behavioural changes arising from it pose not only the challenge of preparing children and young people, but also the difficult task of proposing an education which prepares adults for things such as the clarity of risks, the need to build the future, and the need to enable a more conscious attitude upon innovation processes.

Technological evolution and the behavioural changes arising from it, pose not only the challenge of preparing children and young people, but also the difficult task of proposing an education which prepares adults for things such as the clarity of risks, the need to build the future, and the need to enable a more conscious attitude upon innovation processes.

“The future is today, it is now,” states Universidade de São Paulo (USP) professor José Carlos Moran, who, between the late 1980s and early 1990s, was one of those responsible for creating the School of the Future, a pioneering project in the discussion on how to better prepare students and educators for what is to come. “We started in the midst Internet advent, which was still unknown. Our main objective was to discuss the new challenges that arose for education in this new reality,” he explains. As a visionary, Moran and his group anticipated discussions which only now have more prominence in school spaces, such as the need for education that uses all resources; not just instrumentally, but also reflecting on their utility. 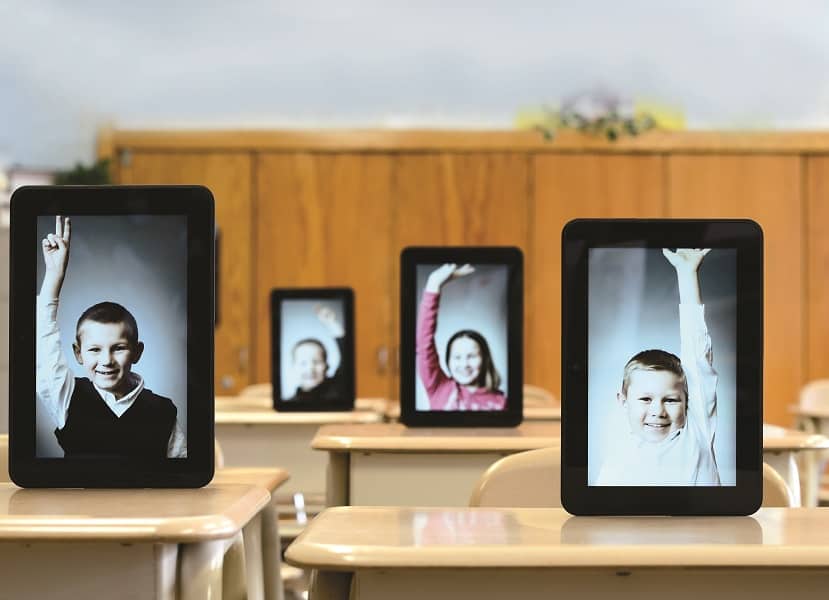 “The school and teachings of the future need to be created and put into practice today. Needs are clear and we need to meet them,” Moran believes.

Data on education in Brazil reinforces the professor’s idea. The Program for International Student Assessment (PISA)—which measures the level of education in various countries all over the world every three years— came out with their most recent study in 2015. The results showed Brazil was among the last in all areas evaluated. Of the 72 participating nations, Brazilian students ranked 66th in Mathematics, 63rd in Science and 59th in Reading. PISA is coordinated by the Organization for Economic Co-operation and Development (OECD).

Besides the difficulties indicated in the survey, the reality is even worse if we consider the amount of people who dropped out of university. In Brazil, students who drop out are around 7% in elementary school and 12% in high school, according to the Ministry of Education (MEC).

According to Moran, among the reasons for dropping out, is the fact that students find the school system doesn’t work for them. Some students also need to support their families, financially. “School needs to be seen as a space that will provide students with elements for their growth. Education has to open the possibility of creating a better future for oneself and building a better life. This must begin as early as elementary school.”

The debate about the future was outlined in the 1970s, with a Brazilian among the group of pioneers. Professor Rosa Alegria has always been curious about what could happen in society; she became a futurist, graduating from the University of Houston in the United States, one of the first schools to theorize about the future based on a trend scenario constructed by methodical observation of the past and the present. “Futurism studies which paths will lead us to the novelty. We try to anticipate these events in order to deal with the future better,” she says.

According to Rosa, analysis of social changes and statistics can be useful in this attempt to interpret the future. “Futurism has more to do with anticipation than forecast. It has nothing to do with assumptions. It is an analysis based on what we have already experienced and the characteristics people have, how they usually act,” she explains. To avoid terminology misunderstandings—which might link the field with astrology or other sciences—researchers from the area prefer to use the term “futurism” rather than “futurology”. Currently, Rosa is at the forefront of implementing an educational platform called TTF – Teaching To Future, created in Germany. It involves training teachers and encouraging students’ creativity. Projects like this create educational practice, which helps to create agents of change while educating for professional activity.

One of the things experts in futurism are concerned about is the discussion on the educational bases that need to be implemented. “Teaching today is outdated and still has characteristics that go back to the Industrial Revolution. Students need to learn about the past, always look forward, and be encouraged to develop creative ability. The way information is being transmitted is just as important as what is being taught. We have several possibilities for this and technology is an ally in this matter,” Rosa points out.

According to Alegria, Brazil is headed backwards in terms of education. In 2017, the Federal Government stated that every student, whether from private or public schooling, is expected to have the same educational background, she explains. “Students are increasingly demanding personalized education that can capture the skills of each one and develop them in the best way possible, but it is something that would require costs which governments do not seem to be willing to budget for.”

In the United States, business theorist Clayton Christensen—author of the books, The Innovator’s Dilemma and Disrupting Class—argues that schools can undergo the same processes of disruption as a company in order to change the way of teaching. Although controversial, he argues that there are very similar issues in the world of education and business. He believes one of the solutions could be online education, which could merge different ways of learning, since the student would be able, through the Internet, to contact teachers with different methods, without being obliged to take classes with professors imposed by the school. According to Christensen, schools and activities should enable students always to be successful, just as in the business world.

Besides the need for a personalized education, there is a structural challenge. “Nowadays, many schools have 35–40 students per classroom. It is very complicated for the teacher to organize any activity with such a large number of people. Activities and group dynamics are tools for development, but on this scale, it is impossible for the educator to deal with each student with the necessary attention and monitoring,” Moran adds.

According to the study Effective Teacher Policies: Insights from PISA, released in early June by the OECD, Brazil is among the countries with the highest number of students per classroom. In China, an average of 12 students make up a class, while in Brazil the average is 22 students. That figure is second only to Colombia, with 27 students on average per classroom.

Despite studying the relationship between society, education, and technology, both Moran and Alegria see the teacher as the centre of the entire educational process, which means that this profession must be valued. “While salaries are falling, teachers have more students to teach and guide, without a minimum structure or resources for this, especially in public schools. This undermines initiatives in developing new teaching methods and activities,” Moran says.

“Nowadays, technology is accessible to everyone and should be an instrument of education. There is a lot of talk about flipped, more interactive classrooms, but how do we do this while we’re in this situation? We need to invest and recover the dreams that education can provide,” adds the professor. When talking about flipped classrooms, Moran refers to a method of teaching in which a problem or challenge is posed to the students. In the search for resolution, relationships and theories are constructed and researched.

On this topic, Rosa adds that parents have a determining role: “Parents and community are fundamental in discussions about education and future. Everyone contributes in some way, and exchanging knowledge encourages everyone to create and propose new ideas.” Education has direct impacts on issues that currently remain only in the field of political discourse and are not being put into practice, such as sustainability and reducing inequality. There are few projects which, when thinking about the future, promote a transformation starting in the present, involving young people, for example, in actions of social entrepreneurship.