During Google’s developer May conference in Mountain View, California, Google presented an impressive and revolutionary ad announcing the launch of the new virtual assistant with six new voices in English. To illustrate the breakthroughs in artificial intelligence, CEO Sundar Pichai exhibited two telephone conversations between the virtual assistant and two employees from a beauty salon and a restaurant. With perfect intonation and phrasing, the assistant managed to easily pass itself as human and made a reservation in both establishments. The Turing Test was passed; it is now difficult to figure out who is machine and who is human.

During Google’s developer May conference in Mountain View, California, Google presented an impressive and revolutionary ad announcing the launch of the new virtual assistant with six new voices in English.To illustrate the breakthroughs in artificial intelligence, CEO, Sundar Pichai, exhibited two telephone conversations between the virtual assistant and two employees from a beauty salon and a restaurant. With perfect intonation and phrasing, the assistant managed to easily pass itself as human and made a reservation in both establishments. The Turing Test was passed; it is now difficult to figure out who is machine and who is human.

Google’s technology does not have a release date yet, but it helps showcase the paths humanity has taken. Boring day-to-day telephone conversations, for example, are headed for extinction, as is the telemarketing service. The advancement of technology in recent years, has led human beings to a new world in which unimagined decisions and contexts have come into existence.

In addition to artificial intelligence, nowadays, there are advanced studies in nanotechnology, quantum computing, and genetic engineering that will revolutionize the way humans behave and how they understand the world and the human condition. One example of this is CRISPR, a technique capable of modifying genomes with a precision never before achieved, which has already enabled the creation of monkeys with programmed mutations and also prevented HIV infection in human cells. In May, Chinese scientists announced the use of a genetic-editing technique on human embryos, using CRISPR to cure genetic diseases, or perhaps to “design babies”, as seen in science fiction.

Psychoanalyst, Jorge Forbes, is leading a group of experts that are studying the impact of technology on human behaviour. Since 2017, he has presented a TV show called, TerraDois in which he tells about new ways of living in an increasingly technological and globalized world.

“The TV show was created to talk about how we can inhabit this new planet we created, because people are terrified,” he says.

During the show, Forbes analyzes the influence of technologies like artificial intelligence, genetic manipulation, and nanotechnology on human beings. His analysis are internationally recognized, so much that in June of this year Forbes was invited by UNESCO to speak to its directors about the impact of artificial intelligence on people’s lives in the 21st century.

According to Forbes, technology’s main impact on human life has been transforming social life, once “vertically oriented” into a “horizontal net.” “We have come from a vertical society and we are in a flat, parallel, flexible, liquid world,” he says. And the differences between these two worlds are huge.

As stated by the psychoanalyst, the world today is more creative, but it is also more difficult to live in. And while this new world is seen as more liberal, it creates more pressure on people because they now have too much to choose from, and this has become scary for some people. “If I have ten options for something and I can only choose one for my life, all I know for sure is that I missed nine choices. We went from a disciplined world to a world of gambling,” says Forbes. Right now, people need to learn to live in a world without the guarantee that if they follow a plan, everything will be perfect, according to their expectations.

Technology as an end

In this new reality of multiple choices and cutting-edge technology, people are facing unknown ethical and behavioural issues. The use of CRISPR technique on human embryos by Chinese has been criticized by academia and magazines, such as Nature and Science, which refused to publish it due “ethical objections”. Therefore, we can see that it is not only technology that is in full development, but also human values.

As explained by the sociologist, Roger Campato, “It is obvious that technological advances and their products are more perceptible; after all, they are tangible goods that we can touch, but human values are also being prioritized, which is worth highlighting,” he says.

According to Campato, this advance in human values materializes through institutions, laws and social behaviour.

“If we compare the law we have today, the context comes from 100 years ago. We do not yet live in an ideal world, but comparatively we are in a more dignified situation, at least from a legal point of view.” 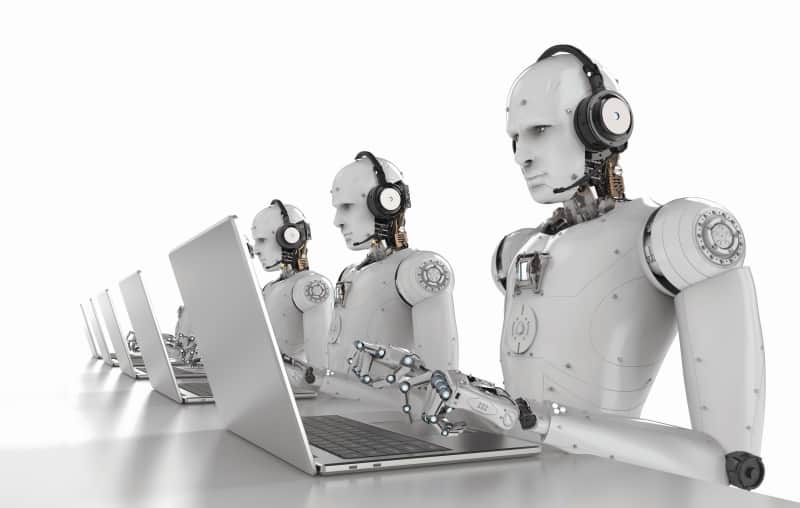 Campato explains that there are different philosophical approaches about impacts of technology on human relationships, but they all point to the danger arising when technology is no longer considered a means to an end, but becomes the goal itself. “In this context, we must ask ourselves: Is everything valid? Can we do everything that is, technologically, within our reach? Is material well-being the most important of values? These are moral questions that we have to answer right now because these technologies are just emerging.”

When we only consider gene editing, the ethical questions posed by Campato may seem distant, but they are very relevant in the case of information technology. Changes in behaviour and values must be analyzed according to the high-speed Internet connecting people around the world through social media.

“The Internet has revolutionized our time and space perception. Today, everything is online and available 24 hours a day. The world we live in is endlessly moving, and the idea of beginning, middle, and end were lost and reshaped in an unpredictable way. This change impacts our lives directly,” says Lucília Maria Abrahão, Ph.D. in psychology, specialist in psychoanalysis.

According to Lucília, one of the worst consequences social networks have on human relationships is the destruction of the borderline between public and private life. “Social networks invite us to open up our privacy. We are invited to show ourselves, to show off. They ask us what we are thinking, what we like, and, without noticing, we open our lives to the public sphere. It is a vigorous operator, and the screen creates a false illusion of protection in our minds; as, being there, we are not entirely responsible for what we do. This opens up a space for hate speech and violence. All because the body is not there, on the scene,” she says.

Although studies on the relationship between technology and humans have existed for decades, their forms have been transformed by innovation. According to anthropologist Carolina Parreiras, one of the methods currently used to study the impact of digital innovation on human life is ethnography. “According to this method of research, which has gained prominence in academia over the last twenty years, in order to understand humans, we have to understand their relationship to devices. We have to analyze how this interaction between devices and humans takes place in order to evaluate the meanings of technology in this context. After all, every technology has something very human, for the simple fact that it was created by us and is used by us. So, it reflects our values,” she explains.

Parreiras warns against the risk of over-simplified interpretations in this area. “There was a time when one believed in technological determinism, for example. It was thought that a person addicted to video games could develop violent behaviours. This has already been proved false and we know that technology, by itself, is not so decisive,” she says.

Much remains to be learned about the consequences of technological innovations on human life, society’s values, and human behaviour. These changes take place quickly; as new techniques and devices will be created, new studies will also be undertaken in the areas of psychoanalysis, philosophy, language, and anthropology, in order to monitor the development of human beings in the midst of everything. As anthropologist, Carolina Parreiras states: “Understand the subject today has become a much more complex challenge.”